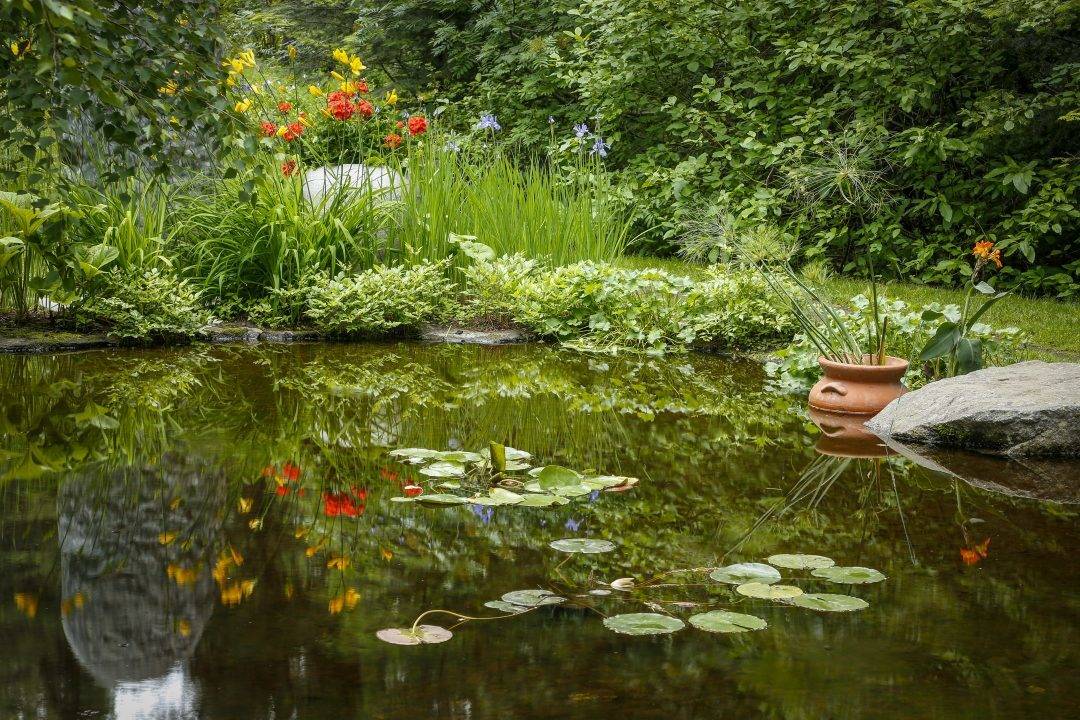 Charlie’s Garden is located nearly on the shore of Payette Lake in mixed conifer forest. It’s a combination of native flora and carefully selected perennials in a lovely formal arrangement.. The location on Sylvan Beach began as a homestead in the 1880s, and the present garden site was a vegetable garden for one of Idaho’s first ecotourist ventures run by Charlie Nelson (Charlie no. 1) from the end of the 19th C. into the 1920’s. When Charlie no. 1 lost the property in the Depression, a part of it was acquired by, among several others, the R. M. Davidson family, who continued raising vegetables for a large family. In 1952, one son, Charlie Davidson (Charlie no. 2), began the transformation into a horticultural display that eventually attracted large numbers of random guests. The tradition continues: this a private garden that accepts guests but provides no advertising or amenities.

The Garden in Full Spring

Charlie’s Garden has become one of my “Happy Places” in McCall. I go here at least once a year with my camera to wander aimlessly, sometimes setting up for an image, sometimes just inhaling the presence of this place.

The Spirit of Serenity

Did you know we are learning that the brain really NEEDS this kind of time (kind of like my blog on the Need to be Outside), wandering aimlessly, thinking about nothing in particular? I remember as a child being moved away from the classroom windows and being scolded by teachers for being a ‘daydreamer’. Wrong. We are meant to daydream so we are able to see things like this:

The south side of the garden borders Sylvan Creek, which has been heavily impacted by years of encroachment and is being restored so that one day, hopefully, kokanee salmon runs will return.

In my wanderings I like to visit the various fountains and statues. This one gives me that magical feeling of entering another world.

An iconic feature of the Garden was this door. It has since been replaced by a much more mundane, albeit handsome, version. I am so happy to have this image for remembrance.

The flowers, the creek, the ponds, the welcoming nature of this garden makes it worthy of a visit year after year. I usually finish at these chairs for a nice daydream….

Maybe I’ll see you there one day, having a daydream of your own.

Connie McClaran is a photographer seeking the Spirit in all things through the viewfinder of her camera. Wanderlust takes her around her home in Idaho, and as far beyond as she can get. She shares this with you on her website: TheSpiritographer.com