Something that I loved about the trip to San Francisco in 2015, besides hanging out with friends, was the night photography. The world becomes a different place and it’s all a stage for light to do some really wicked cool things to capture !

Shark Fin cove at Davenport Beach was the first place we went and it was also how I spent experiencing California the last night I was there.  I really like how the moon wraps around the cove to plant it’s light on the beach front. It wasn’t until a full year later I found this photo hiding in my Lightroom catalog. This was somewhere around Midnight or maybe 1am. But all I did was stay awake and somewhat coherent enough to press the shutter, my friend AD Wheeler setup my Sony A5000 (with the kit lens) properly with manual focus and DRO (Dynamic Range Optimization).

Not all those who wander are lost

It seems I’m going backwards in time now as the next two photos were taken the night before actually lol ! After the amazing photo-walk with Trey Ratcliff and other Arcanumites, our group found ourselves in a limo off to the Golden Gate Bridge. A sight to see for sure!

After that, our driver and our trusty tour guide, Eddie, mentioned one last stop we shouldn’t miss. They were talking about the Palace Of Fine Arts. This one for some reason turned out with over saturated red and magenta in the main building in my photo, but I’m no stranger to trying to fix a photo ! So I experimented with some B&W toning in Silver Efex Pro 2. I really like it ! 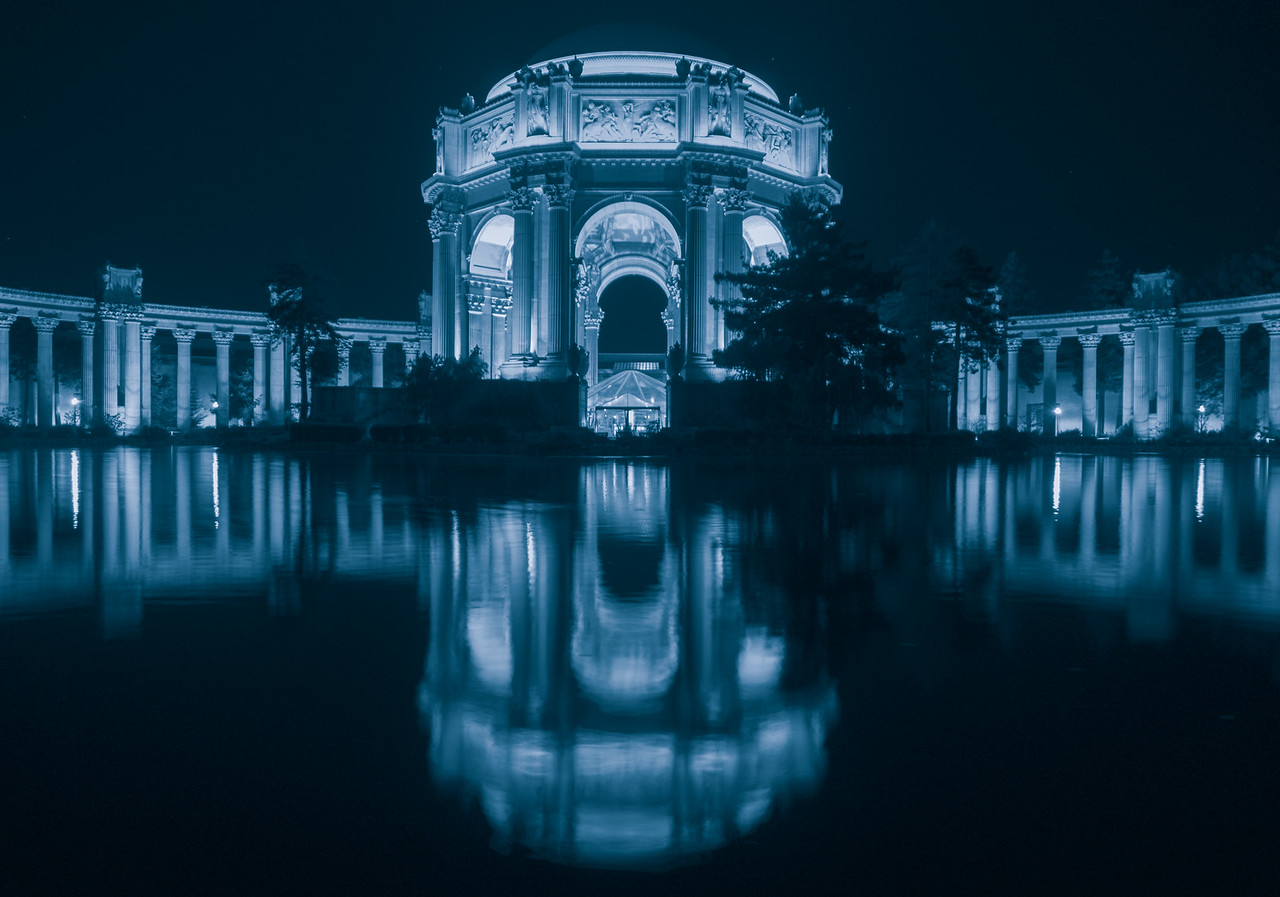 If you are ever in the San Francisco area, be sure to check it out at night ! 🙂 My friend Tony Curado posted a fantastic series about the adventure, including this one that you should totally check out. I really need to get out and shoot some more night photos…

Surreal, abstract, bold and minimal are themes that continue to evoke that curious spark of discovering what is possible. Inspiration flows from all areas of life and I usually follow the crooked path. In the ethereal sense, I let the image and my imagination be the guide through the journey. Find out more at revisionbeta.com .