Have you ever planned a visit to a site only to find something there in addition to what you sought out to begin with?  This is what happened to me at Fort Williams, er, I mean the Portland Headlight in Maine.

The Calm, Before the Storm

Before we get deep in this article..I have to say, it’s really great to be semi-back at it.  Of course in this difficult time we cannot really travel but we can get to the backlog and get some writing done.  For me, after 53 years in one place it was time to move.  New home, new life so to speak.  Much adjustment and then COVID took the stage.  In that between time we did get some trips in and there were a bunch from before that I have never gotten to.  So the stories that you will see coming up are from the backlog…the giant, never-ending backlog.

In 2016 we took our photo group (Lynn Wiezycki, Greg Croasdill, Mary Presson Roberts) to Maine.  And while this trip was mostly focused on Acadia National Park, I had planned several other side trips.  We book a house for a week and then fill that week with as much photography ops as possible.  One of these stops was a drive down the coast from the park (where our house was) to The Portland Headlight. 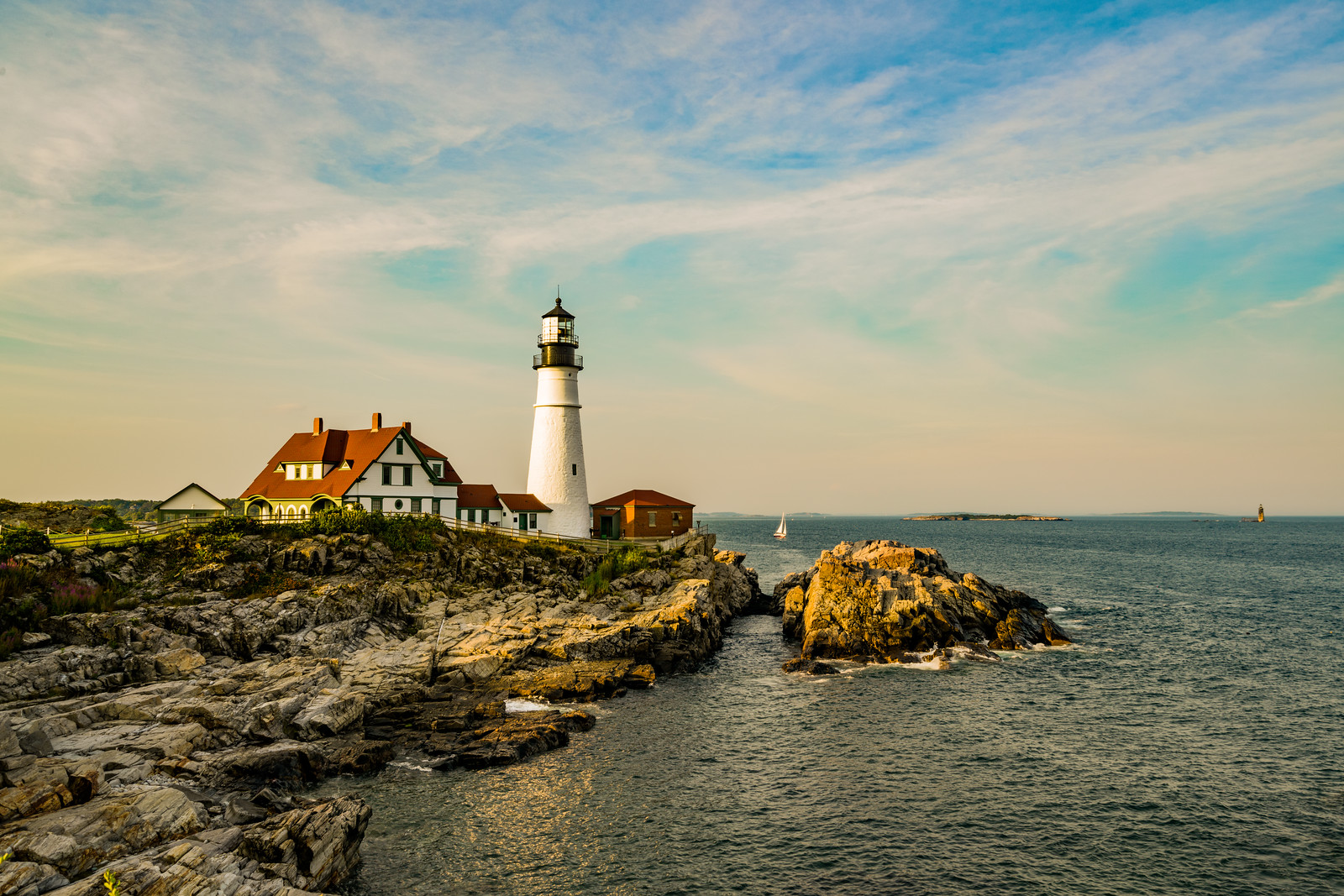 The Portland Headlight is probably the most photographed lighthouse in Maine.  Completed in 1791 this historic and iconic light station sits at the entrance of the primary shipping channel to Portland Harbor.  To find your way there, here is a map of the location.

Diamonds in the Rough

When I plan these trips I will generally scour the nearby area for places to eat, other attractions to fill out the day.  Generally we like to arrive early for sunrise and stay late for sunset.  On this excursion we made the morning stop at another head light that I will feature in another story soon.  So our shoot here would be mostly sunset.  During my research of the area I discovered some interesting things on the map surrounding the Head Light.

This is the abandoned Goddard Mansion.  It is situated  West, North West of the lighthouse just on the edge of Fort Williams Park which encompasses the Lighthouse grounds.  Seeing how we needed to wait on sunset, we decided to nose around and check out the ruins. 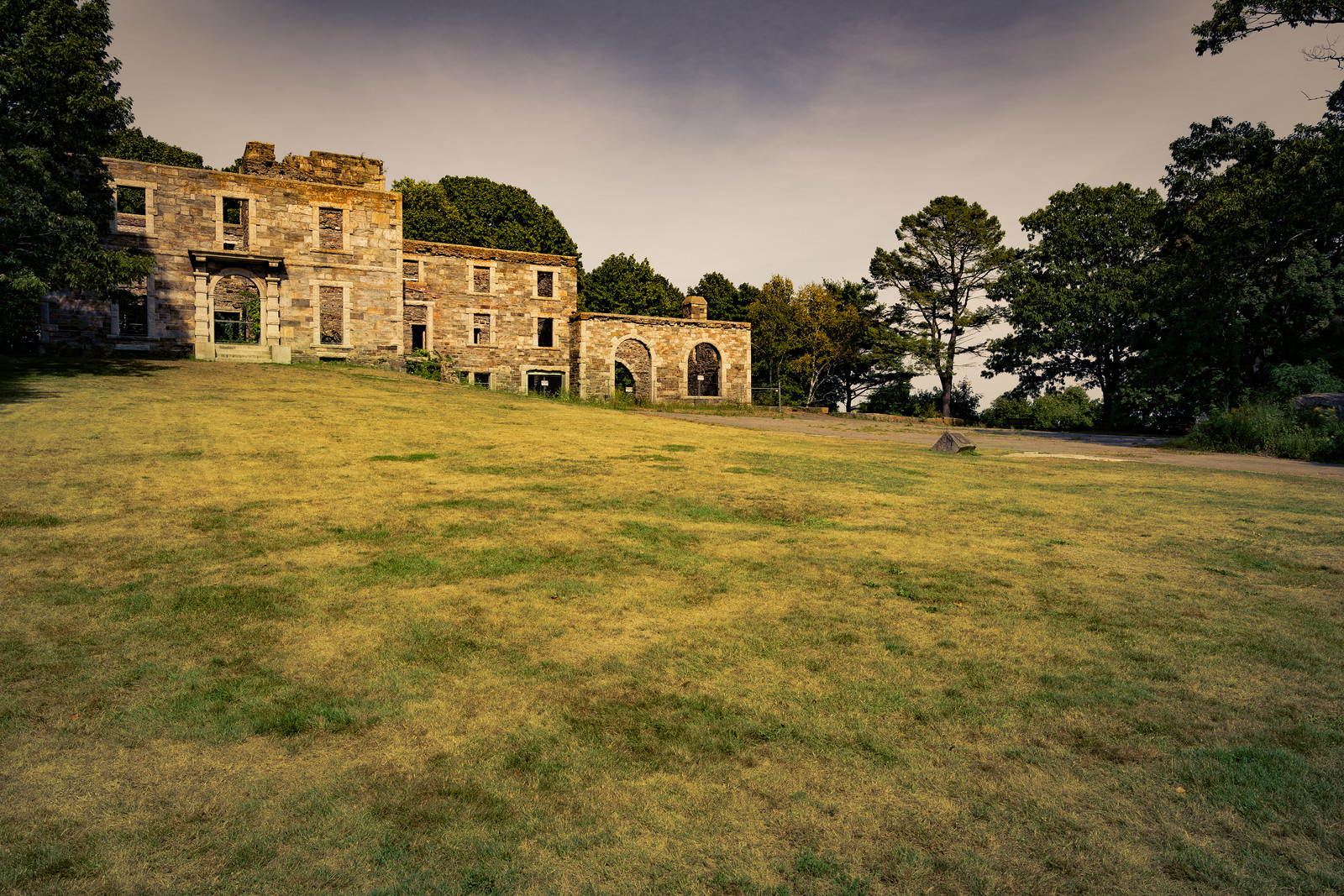 Built in 1858 and 59 it was designed and built by Charles A. Alexander for a Portland businessman John Goddard.  Goddard was briefly a volunteer colonel at the start of the Civil War in 1861.  The Property was acquired by the Army in 1900 and used as NCO Quarters and later included an NCO Club.  It was taken over by the town in 1962 but was in seriously deteriorated condition at the time.  A controlled fire burned out the interior in the 1980’s and the walls were fenced off in 2009. 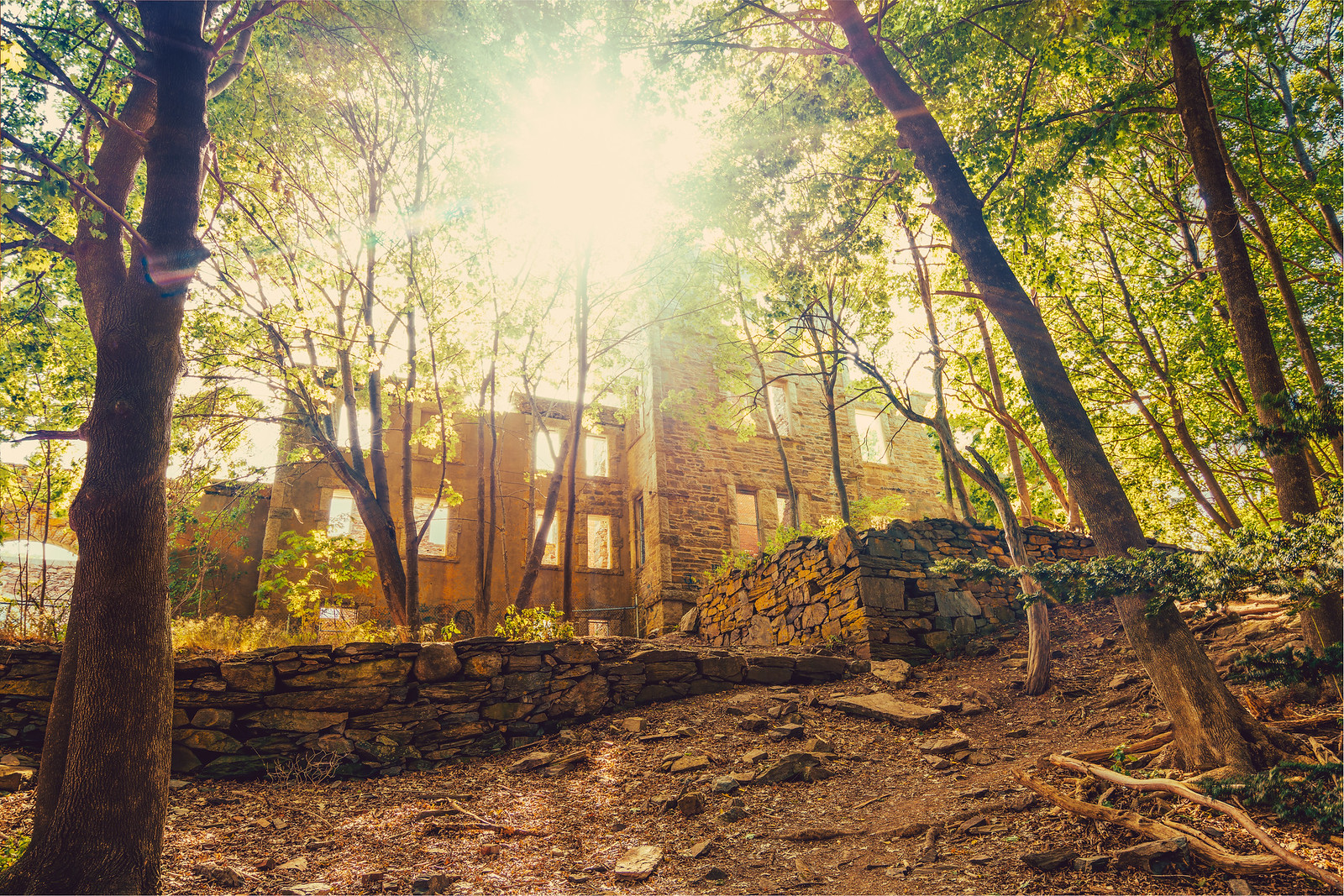 Unfortunately because the ruins are fenced off and you cannot see all that much.  While it is sad that the walls are all that is left, it was really neat to see.  Along with the Goddard Mansion, the park is littered with remnants of the Fort Williams ruins.  One of the larger ruins is the Fort Williams Bunker. 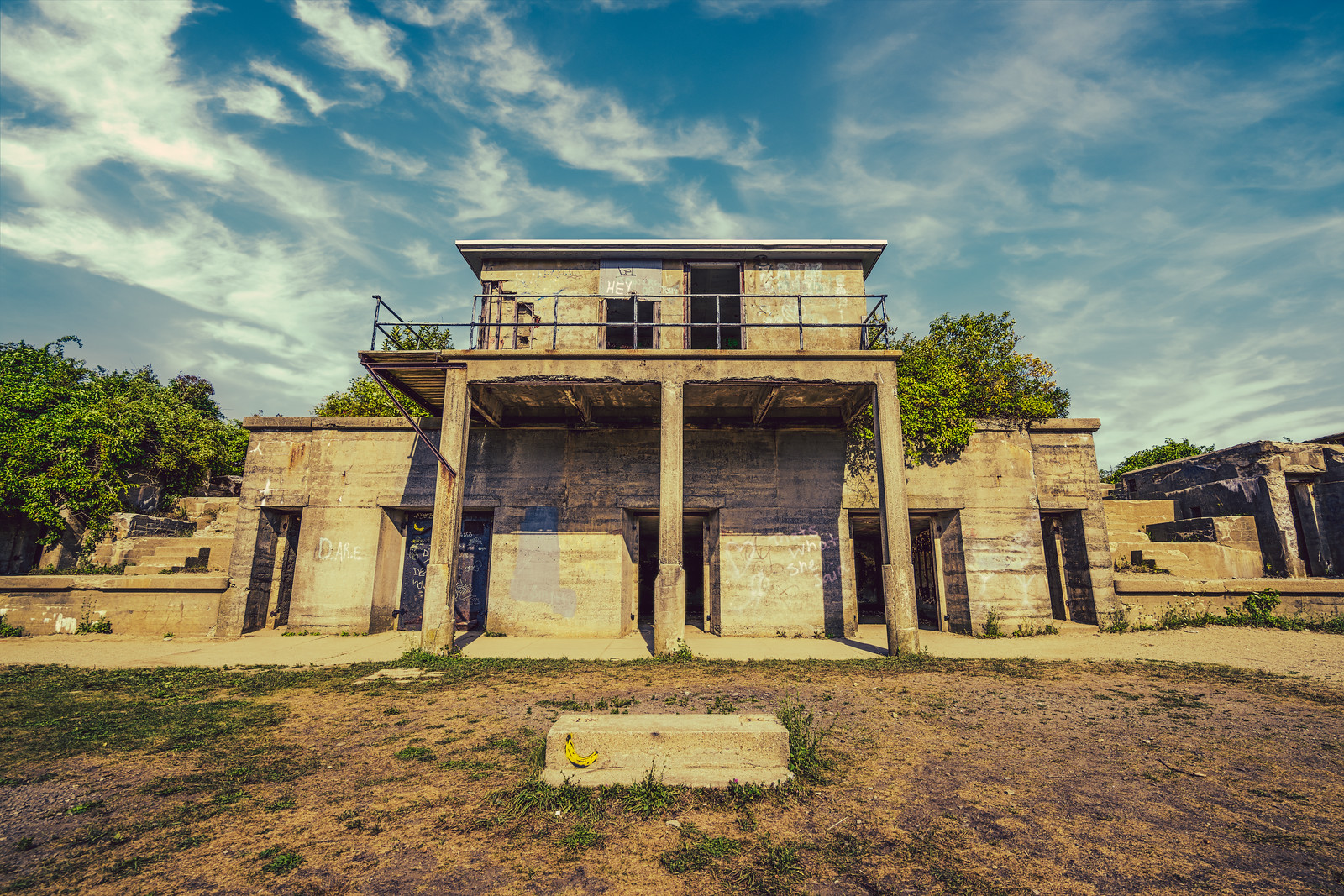 Many of the bunkers and batteries there have been torn down or restored. This one is the exception (at least as of 2016). Much of the bunker is explore-able as well, although it is in pretty rough shape. 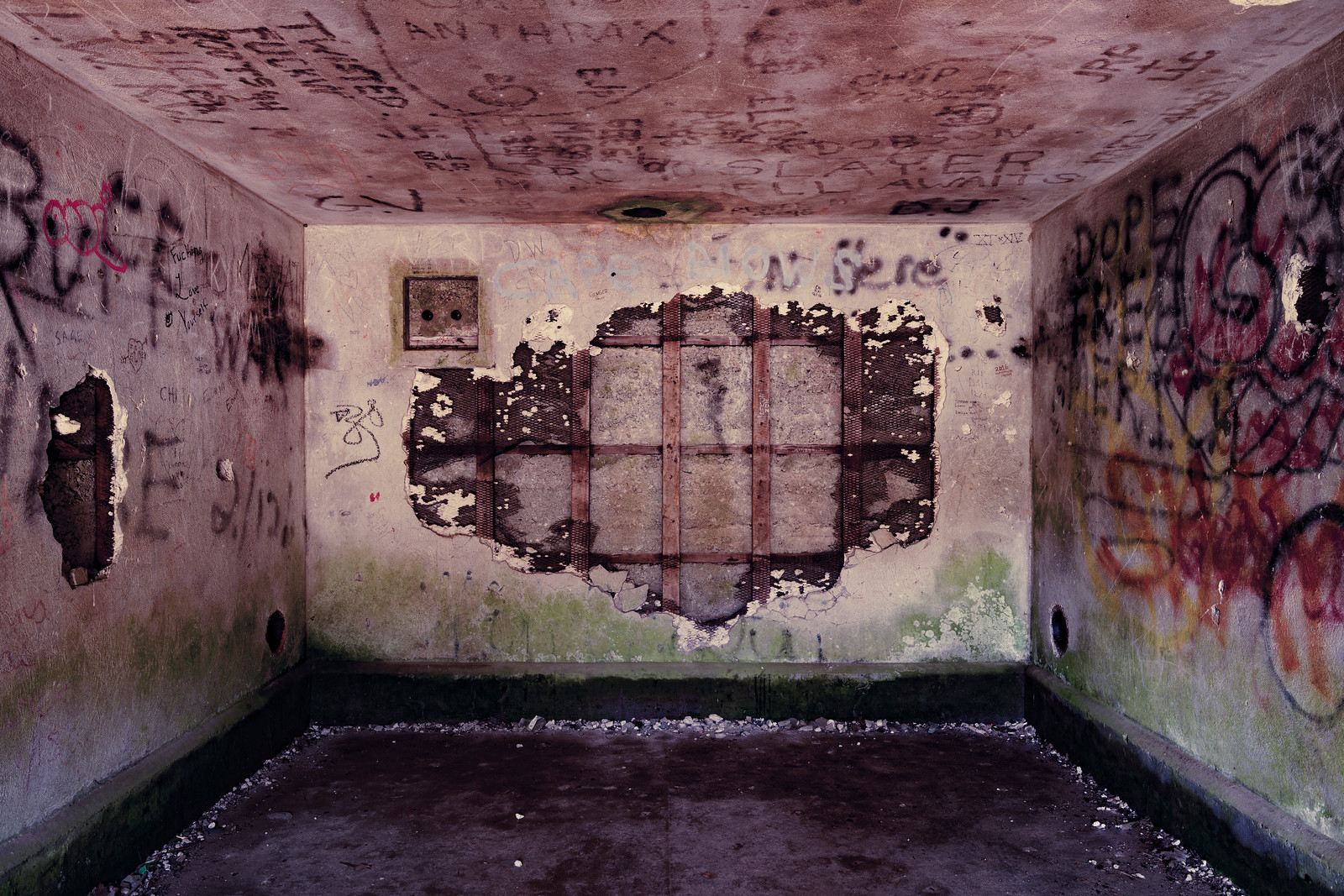 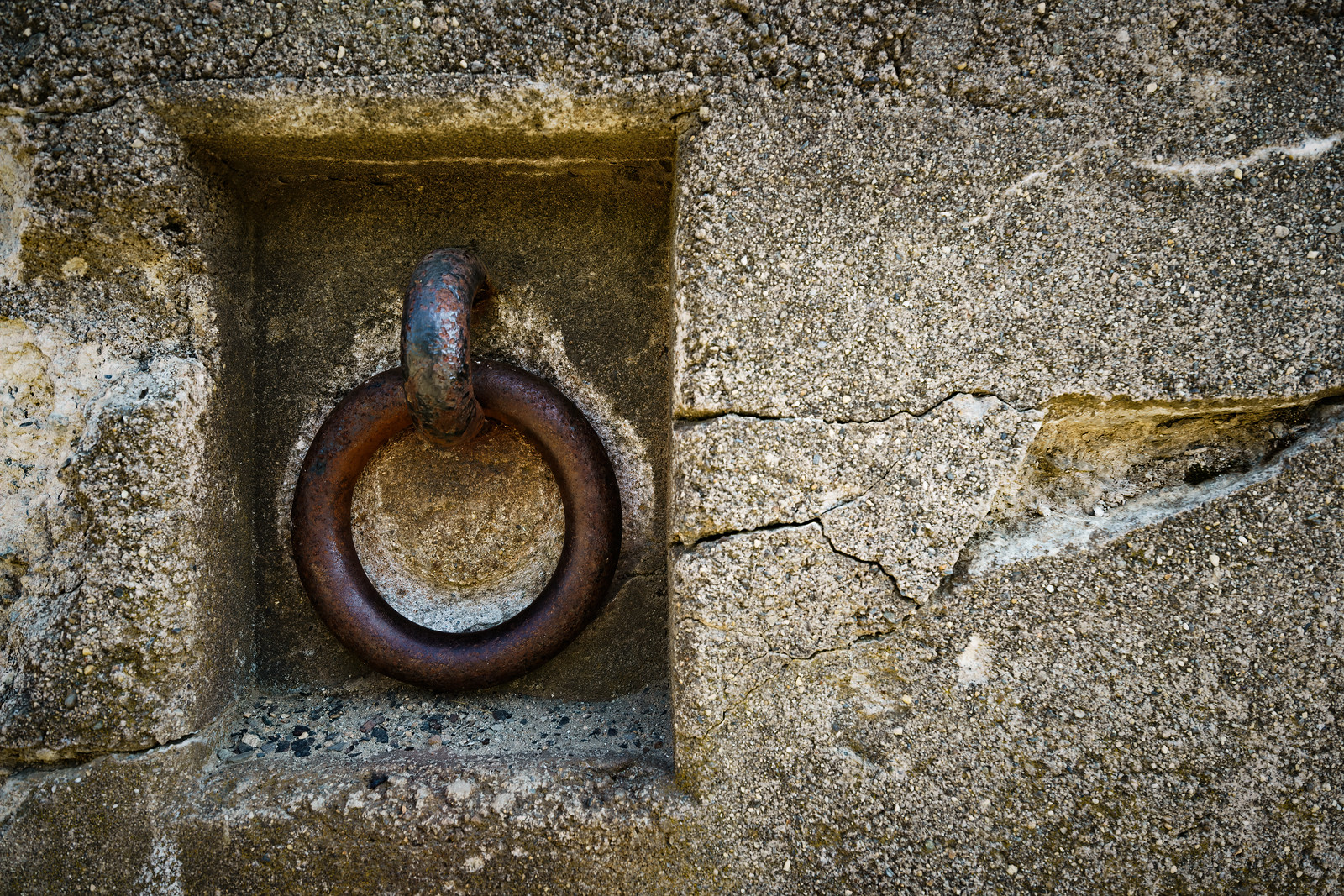 One other notable structure at the Fort Williams Ruins is the power house. 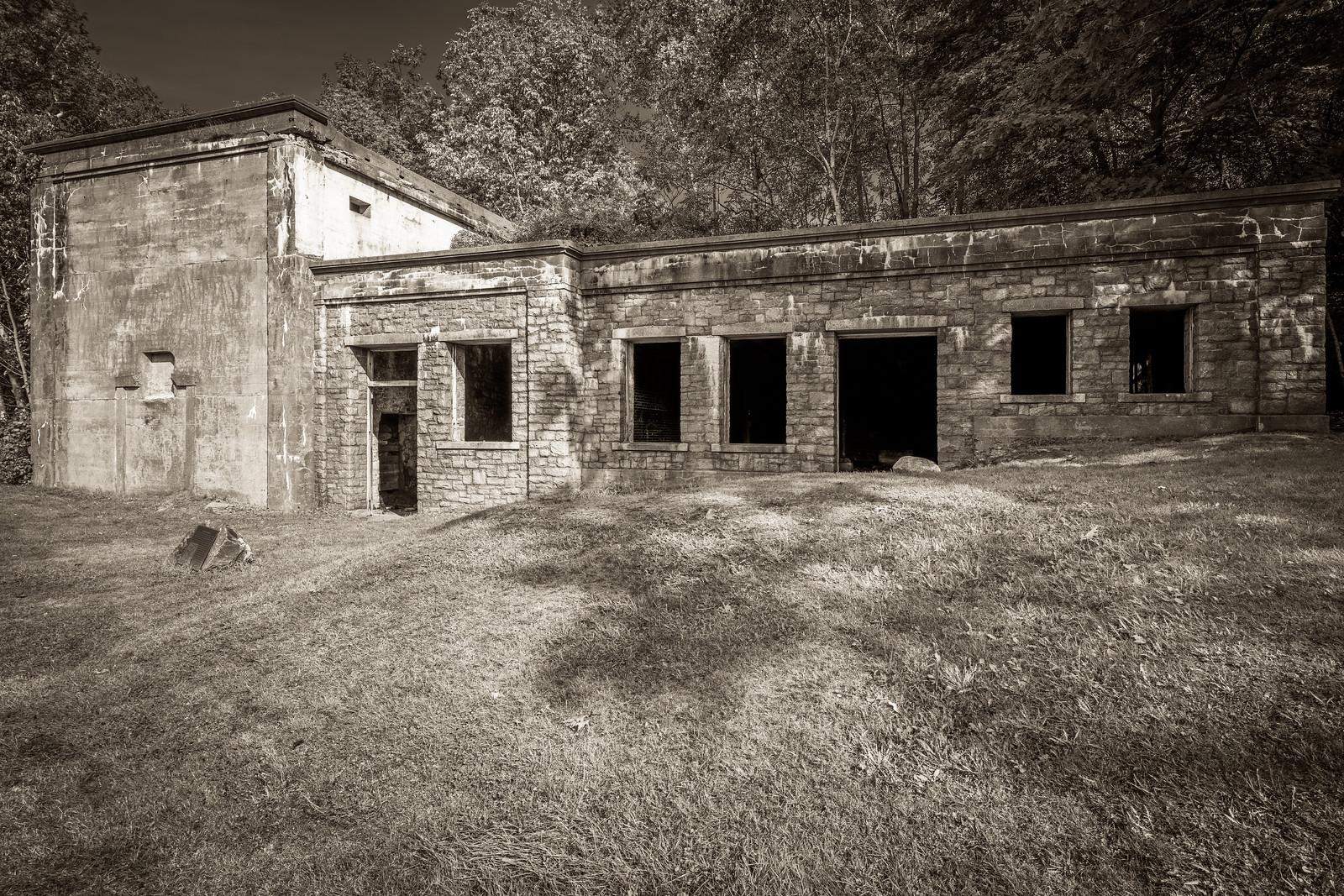 While this building is gutted, it is fully open and explore-able.   The interiors made for some really great HDR photography.

With the sun starting to get low, we head back to the head light for some beauty shots. Since I had about 45 minutes until the real light show, I decided to go back to our original spot and do a large format panorama of the light house.

Taking much longer than I expected I run back over to the north side of the light house to get the final shot of the day. 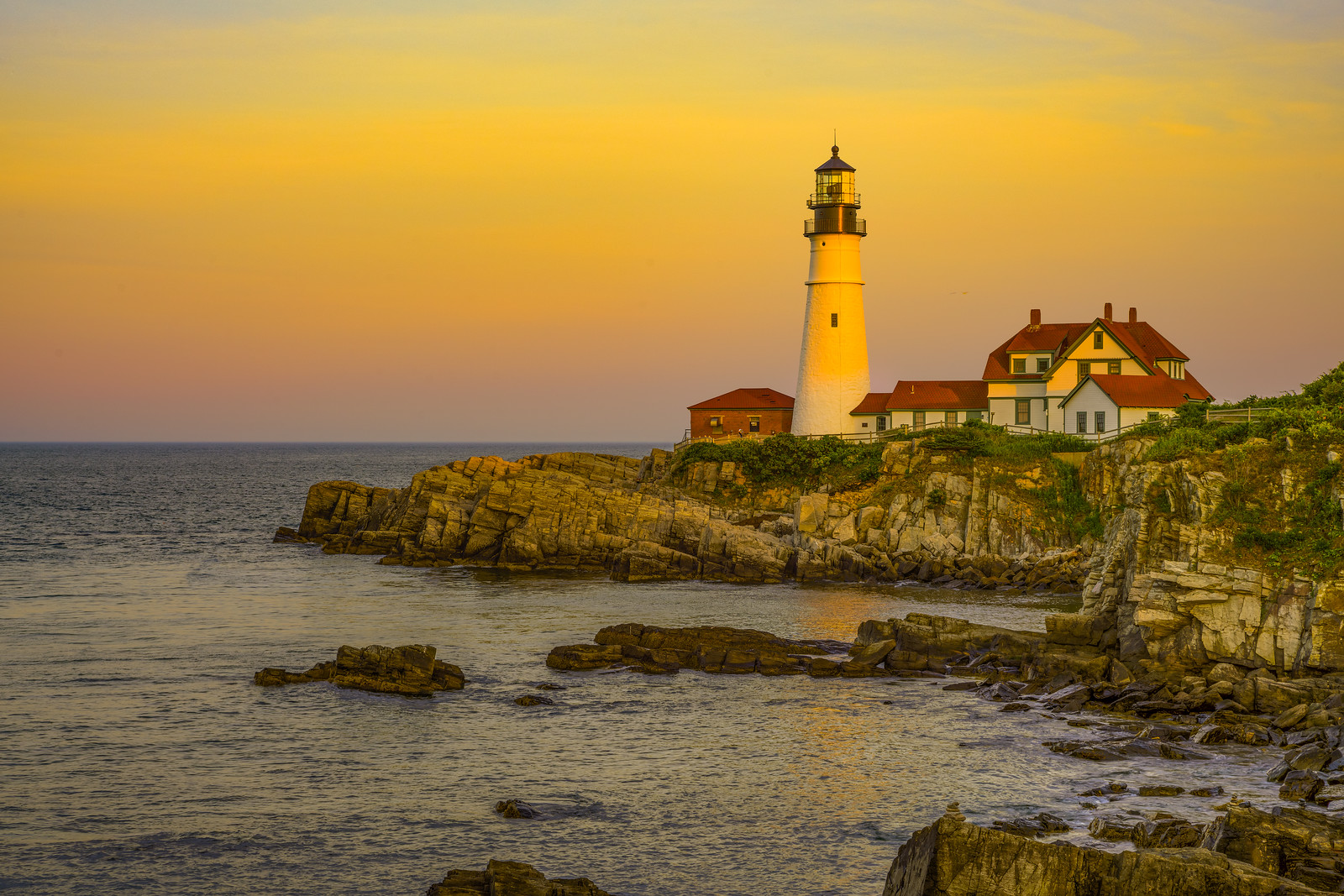 The Fort Williams ruins, Portland Head Light and Goddard Mansion are all well worth the stop even if it is out of your way.  The views are spectacular and there are food vendors in the park as well. (At least there was)  Hopefully if you get a chance to travel soon you too can check it out.  Til next time, stay safe out there.