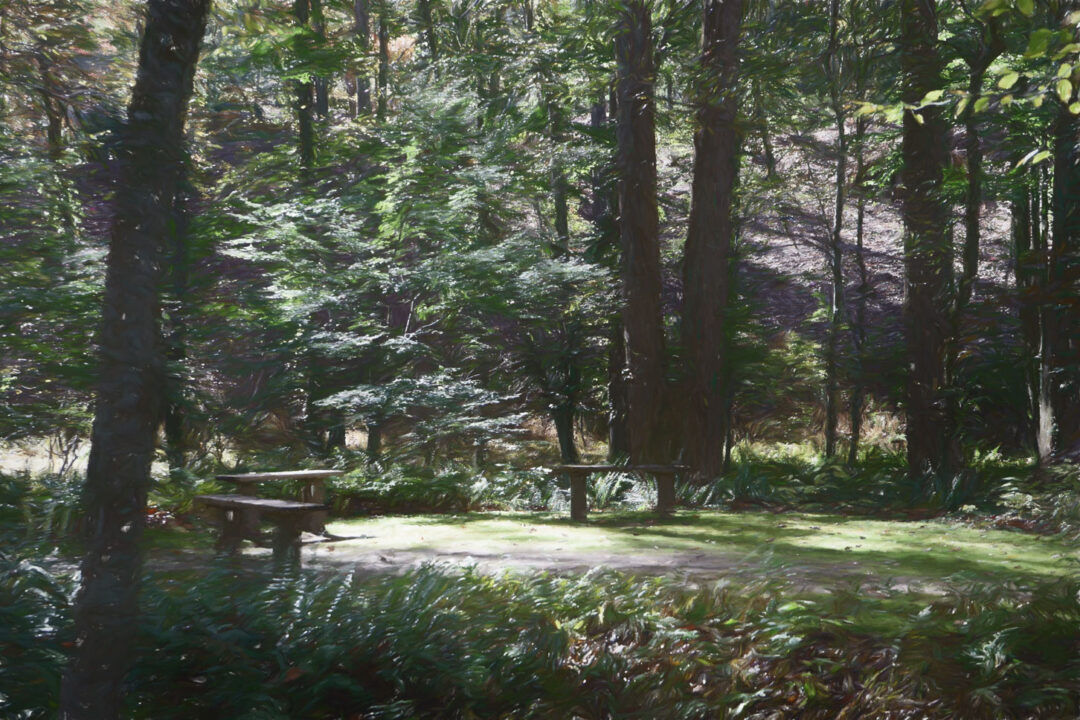 It was the farthest I’ve traveled outside of Metro Atlanta since the pandemic began in March, 2020. Braving the hard light during the middle of a sunny day.

The destination was Gibbs Gardens. It’s getting more familiar now as I’ve been here a few times. So my quest had two challenges: find something new and test out Apple Pro Raw with my 12 Pro. The other camera I had was my trusty Sony A7 with kit lens. Also, these were all taken hand-held.

Here is an Apple Pro Raw photo looking at a tree (that I’ve shot before) from a small ramp overlooking a stream. for some reason I’m drawn to this scene ! I was surprised with the detail and dynamic range after editing on the desktop.

A straight yet jagged walkway over some swampy stuff, also Apple Pro Raw. I played around with this in B&W but the color version won me over.

For a more close up view of a tree. Sony A7 here.

A view of the Monet bridge -that is not a reflection shot. Taken with Sony A7.

That which lurks beneath in Apple Pro Raw. This tree speaks to me as I’ve taken a photo of it before, but new this time is the view of the trunk and surrounding ground.

Looking at some benches at a small distance away with the Sun light shining down into the scene. Sony A7 and processed with Topaz Impression. Full disclosure this photo was on the blurry side so Impression to the rescue !

I’m a fan of Apple Pro Raw. Really handy to have 3 lenses available without having to change them. In truth I had to check the photo information from Smug Mug to see which ones where from the iPhone and which were from the Sony ! This is a very small sample size, but I think my legacy Sony A7 with kit lens still captures better light. What do you think ?

Surreal, abstract, bold and minimal are themes that continue to evoke that curious spark of discovering what is possible. Inspiration flows from all areas of life and I usually follow the crooked path. In the ethereal sense, I let the image and my imagination be the guide through the journey. Find out more at revisionbeta.com .