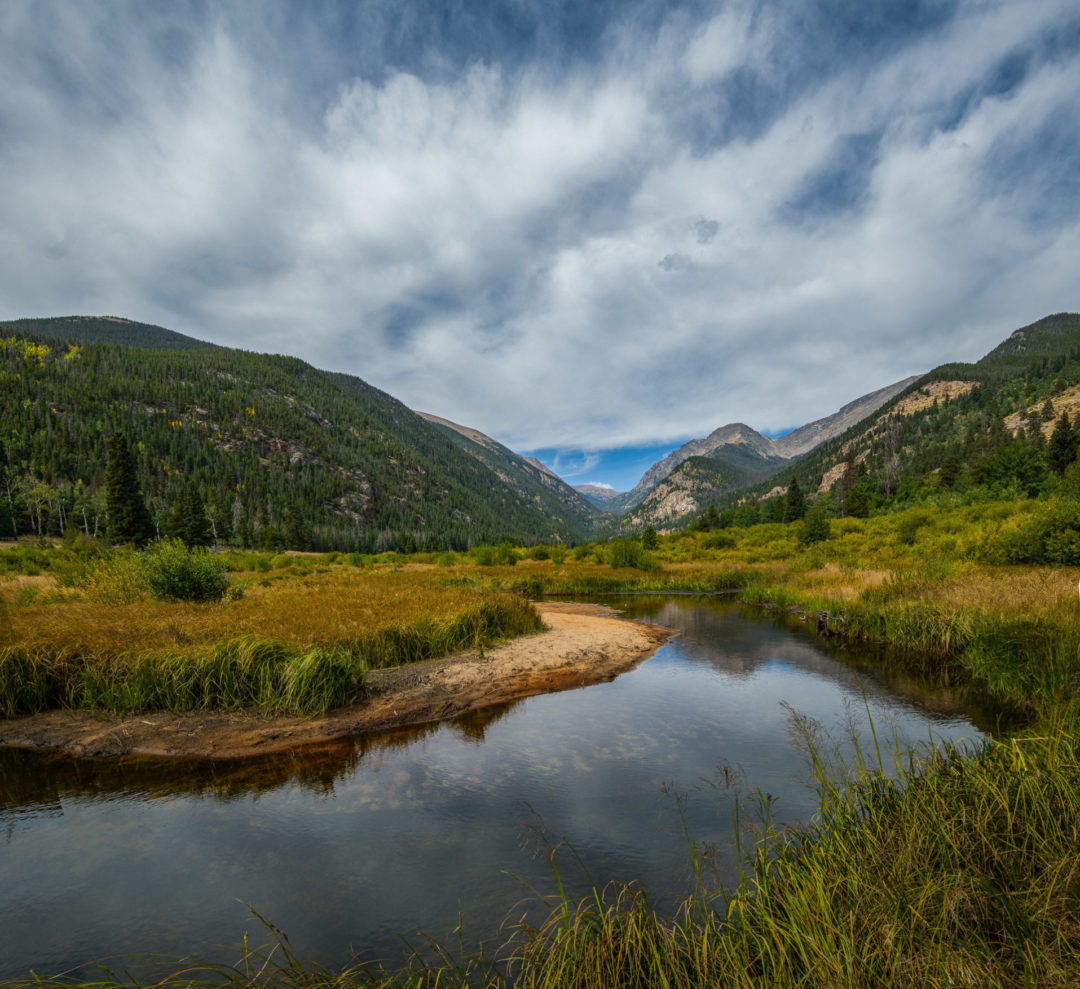 We spent several days driving and shooting around various parts of  the Rocky Mountain National Park. The variety of landscape, fauna, and flora was amazing!

We drove through valleys and over mountains. Sometimes we were driving along “roads” on the side of a mountain. The views were beautiful and scary at the same time.

The aspens were just starting to turn to their autumn colors up at the higher elevations. But seeing a whole grove of them even in green was picturesque.

We did not see every animal we would have liked to see but we did see some. The elk were everywhere! That included walking down the street in Estes Park! A bull and two cows held up traffic at a major intersection one afternoon as they crossed the road. They then proceeded to the garden in a small park and were tasting the flowers planted there.

There were many ground squirrels but they scurried about pretty quickly most of the time. This one was busy eating so he was still for a few minutes. In the same area, we had another squirrel come up to us while we were taking a break. He really wanted to get a snack and even tried to get into my backpack that was sitting on the ground.

One morning as we came up to one of the large ponds we noticed that the parking lot was very full and there was a crowd of people. We soon saw the attraction. There were two moose in the pond! They were quite far away but I was still able to get a few images.

I did not bring my super-telephoto lens for birds so I had to make do with the 70-200mm with the extender. I was fortunate to catch a young hawk that was flying overhead.

My favorite bird, but not so loved by Colorado residents, was the Magpie. They were all over the place. They are pretty much big fancy crows but I had tried to get images of them in Yellowstone and was not successful so I was thrilled when a flock showed up while we were shooting the moose. They were very close and did not seem to be bothered by all the people.

In addition to landscapes and animals, I love clouds. Colorado Rocky Mountain National Park gave me some great opportunities to get some amazing cloud images.

Make sure you have several days to explore this beautiful national park.

Please check out these and additional images from Rocky Mountain National Park on my website.